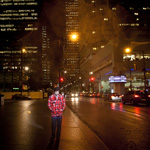 “From a legal point of view, this congenial improvising pianist, theatre musician and former Blue Rodeo member may be Canada’s most offensive songwriter.”
~Robert Everett-Green, The Globe and Mail

“Some of the variations are strokes of pure genius.”
~Piero Scaruffi Music Review, Los Angeles

“His musical genius is best appreciated in the Queen of Sheba, possibly his idea of a neoclassical leed (majestic melody, soaring harpsichord-like accompaniment, bubbling electronica), Fluke Fluke Fluke, which blends Jonathan Richman’s self-parodic wit and the rhythm of Talking Heads Psycho Killer, and Born To Love You, a wedding of intergalactic signals mix ed with doo-wop harmonies.”
~Piero Scaruffi

More Work Songs from the Planet of the Apes (1998)

“FOOLED AGAIN is conceptually brilliant, taking a song and breaking it apart piece by piece, having a few dozen different people , including Daniel Lanois, each sing a line and then sticking it back together.”
~NOW MAGAZINE, Toronto

“For several years now I’ve convinced myself that Bob Wiseman was the best thing about Blue Rodeo, that he gave them an intangible edge that disappeared when he left the band. That edge is certainly to be found on his latest solo release, Beware of Bob, but, unlike his past releases, the music contained herein is a series of improvisations (with sidekicks Don Kerr on drums and Hugh Phillips on bass).”
~Brian Wieser – Discorder, Vancouver

“Guest performances by Daniel Lanois, Ron Sexsmith and Mary Margaret O’Hara; but perhaps more significantly, it was laboured over and in some circles, that is considered the way to perfect something.”
~Bob

“In By Of.”
~A compilation of Bob’s first 3 albums for bar/none records in America (In Her Dream, Presented by Lake Michigan Soda, City of Wood 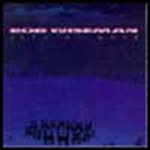 “An album for the very avant-garde or those seeking to open their eyes to a lot of things most people remain blind to.”
~Mark Preston – Into the Groove

“One of the best Canadian records of the year. By turnss maddening, ethereal, winsome and war-like. it’s politically drilled music that massages the heart… Anyone who cares about rock should own it.”
~Dave Bidini – Toronto Star 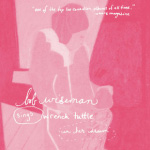 “Can there be any doubt that this is the record of the year?”
~Toronto Star, 1988